The Eastern Long Island Academy of Applied Technology at Ward Technical Center (WTC) in Riverhead has not only seen a rise in enrollment this school year, but also an increase in female enrollment in traditionally male-dominated trade classes. The Academy is the Career and Technical Education Program of Eastern Suffolk BOCES. 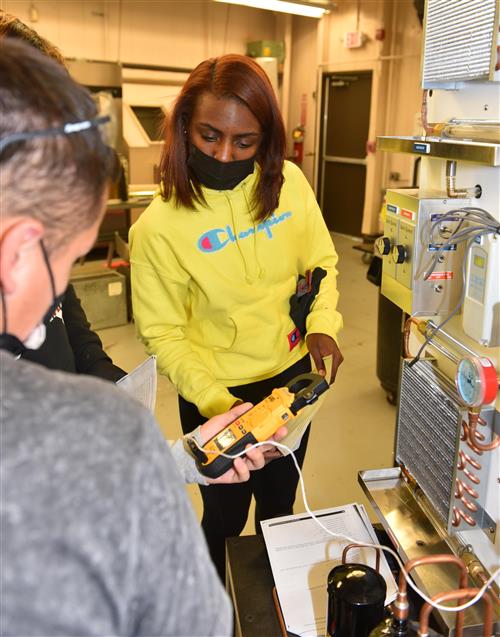 Emani Womack, a senior at Riverhead High School, is spending this year in the Heating, Ventilation, and Air Conditioning (HVAC) Program after completing the Nurse Assisting Program at WTC as a junior. “I want to have different backgrounds and multiple skills,” she said. “I plan on going to college for nursing, but it’s good to explore other options and have backup plans.” This is the first year the HVAC Program at WTC has had a female student. “I’m really enjoying the troubleshooting aspect of this program and the life skills I’m gaining,” Emani said.  “I was told I’d be the only girl in the class, but it was not a factor for me.” 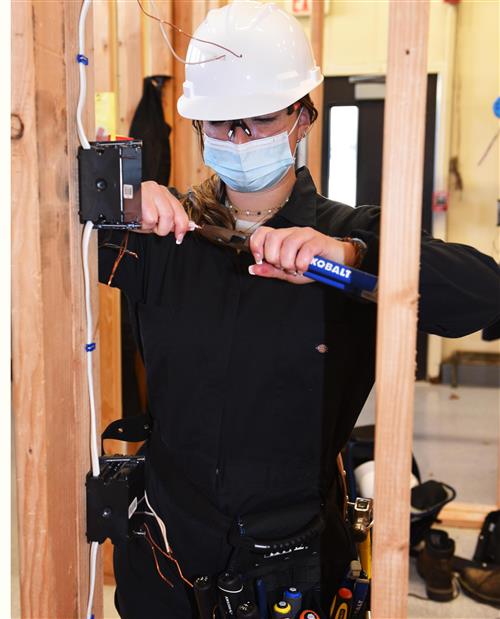 Sarah Alessi isn’t bothered by being the only girl in her Trade Electric Program either. “It’s more difficult to be left handed in this class than to be a girl,” said the Shoreham Wading River High School junior. The Trade Electric Program, which is brand new this year at WTC due to overwhelming demand, was something Sarah knew would put her on the path to her future. “I want to become an electrical engineer and I’m very interested in sustainable energy,” she said. “I was a little worried there wouldn’t be other girls in the program, but when I showed up the first day, I made friends. The communication in the classroom is excellent and I’m learning from other students in the class.” 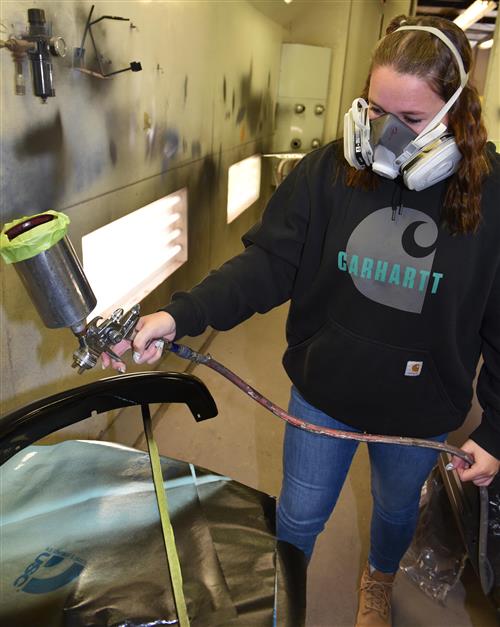 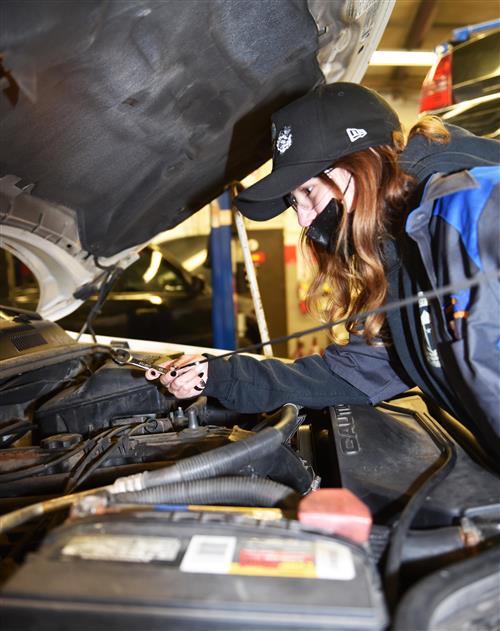 This year, there are several female students in Automotive Technology and Auto Body Repair and Car Customizing classes at WTC. Alexandra Cestaro, a junior at Eastport-South Manor Junior Senior High School, started learning about cars from her father when she was six years old. Alex plans to become a military mechanic and her two years at WTC in the Automotive Technology Program are her first steps down that road. Sydney Palmer, a Center Moriches High School senior in WTC’s Auto Body Program, also grew up around cars and is also on the road to the military, having already enlisted in the Marines. Sydney, who enjoys challenging herself, says being the only female in her Auto Body Repair class hasn’t been one. “This class has been like a family,” she said. “We come in here and we work, and being female or male doesn’t affect the work we do or how we relate to each other.”

Riverhead High School Senior Kayleigh Marangio is in her first year in Auto Tech after spending her junior year in the Law Enforcement Program at WTC. “I wanted to take advantage of all this school has to offer,” she said. Kayleigh feels there could be a place for the skills she has learned from both programs in her future. Lilly Macarthur, also a Riverhead High School senior, feels confident she will never be helpless on the road thanks to the two years of experience she is gaining in the Auto Tech Program. “It’s important to have a basic understanding of cars and this is something I want to keep pursuing in my life in some way,” she said.

ESBOCES Eastern Long Island Academy of Applied Technology at Ward Technical Center in Riverhead creates opportunities for all students by providing them with the technical and academic skills needed to prepare for future employment and a successful path to college or other post-secondary programs. Other Academy locations include Bixhorn Technical Center (Bellport), and Milliken Technical Center (Oakdale).