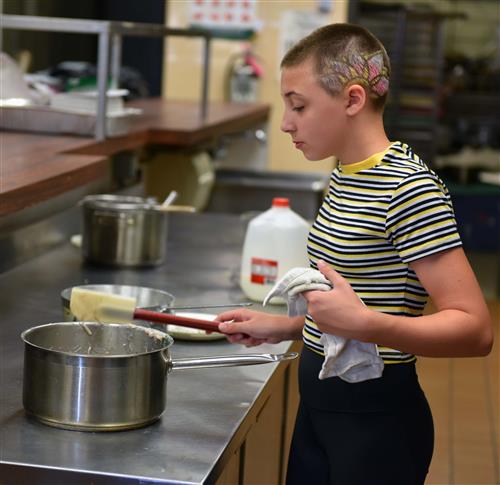 What would you make with zucchini, ground beef, and purple potatoes? That is what Summer Career Exploration students in the Culinary Program at Milliken Technical Center had to answer when they competed in a competition based on the Food Network television show Chopped. The Eastern Suffolk BOCES Summer Career Exploration is for students in grades 8-10 who may consider pursuing Career and Technical Education. The program has three locations in Bellport, Oakdale, and Riverhead.

Students had an hour and a half to plan, cook, and present their dishes to a panel of judges. Nine teams made up of two or three students raced the clock to create dishes that were both creative and delicious. The final plates were judged on how well the secret ingredients were used, taste, and overall presentation. The top three winners included a deconstructed shepherd’s pie, pasta, and meatballs with a potato-based Alfredo sauce, and a southwestern style quesadilla with homemade tortillas.

“One of the reasons we picked these secret ingredients is because they were cost-effective,” said Julia Depompeo, a teaching assistant at Islip Academic Center. “It helped us open a conversation about being creative with recipes, and how you can tweak a recipe based on what’s in season, or what’s on sale. Being flexible in the kitchen is an important skill that will help them as they grow.” 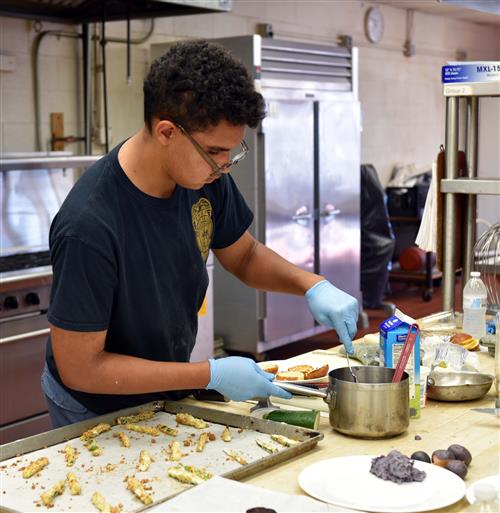